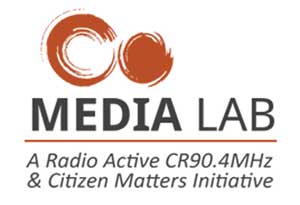 The Co Media Lab which is hosted at Jain University, Bengaluru has a key focus on strengthening journalism and building capacity, by supporting young talent and partnering with media schools and other organizations around the world. We are excited to announce our new partnership with the Emmy Award-winning International Reporting Program (IRP) at the University of British Columbia’s School of Journalism.

At a time when global reporting is in crisis and models of foreign correspondents are being questioned, IRP is revolutionizing how global reporting is taught and produced, through a new global partnership with four major universities. The IRP is partnering with university-based journalism programs across the globe, allowing graduate students to investigate and report through true cross-border and cross-cultural collaborations. The course is a pilot for a long-term Global Reporting Program, which will allow a consortium of journalism schools to work together, teaching and producing major works of global journalism.

“Our goal is to innovate the way global reporting is done and empower student journalists around the world to come together to find new ways to research and tell complex stories,” said Peter Klein, director and founder of the IRP. “Our responsibility at universities is to help forge the future of journalism, and that’s precisely what this class is aiming to do.” Klein is also Director of the Global Reporting Centre and a longtime producer with CBS News 60 Minutes. The IRP, established in 2008, has produced a long list of successful projects, including Out of the Shadows, a New York Times/Al Jazeera collaboration about global mental illness which won the Online Journalism Award in the Pro-Am category recently.

The topic of this year’s project is the future of cities. “As three-quarters of the world’s population moves into cities by the middle of the century, urban centers will have increasing challenges,” said Murali Chandrashekaran, Senior Associate Dean of the Sauder School of Business, who is helping to teach the class. Students are also enrolled in Dr. Chandrashekaran's business course on urban resilience, to gain a scholarly grounding in this complex topic.

The Co Media Lab, which has been working on building local knowledge bases and urban problem solving, is the India partner for this program. Meera K, the co-director of the lab said, “We are very excited to work with the Global Reporting Centre and the topic of cities and urban resilience especially resonates as Indian cities face major developmental challenges.”

In addition to students from UBC, other fellows hail from Universidad de Los Andes (Colombia) and Nanjing University (China). All students will engage in weekly classes in person and through teleconference and will work in small teams to produce major works of global journalism in multiple languages. 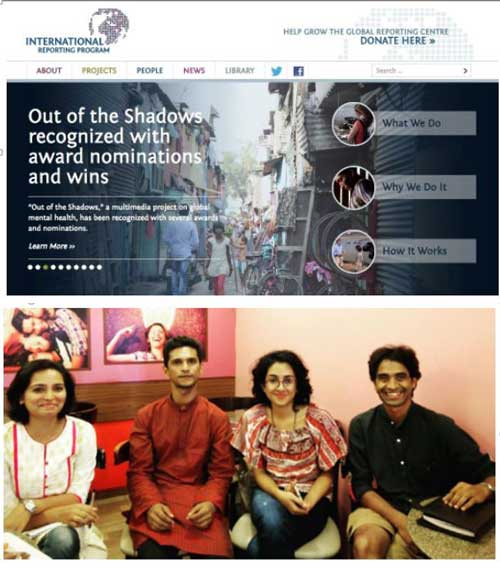 About the International Reporting Program
The International Reporting Program (IRP) has afforded close to 100 graduate students the opportunity to report and produce major works of global journalism. These projects have appeared in The New York Times, CBS News, PBS FRONTLINE, CBC, VICE News, Al Jazeera, The Globe & Mail, and Toronto Star, and have won a long list of awards, including the Emmy for Best Investigative Magazine, two Sigma Delta Chi Awards, and three Edward Murrow Awards, as well as numerous multimedia reporting awards. Every year, students focus their reporting on a global issue that is neglected by main - stream media. An advisory board of scholars and journalists helps identify the topic and determines admission.

“Our plan with the IRP from the start was to grow it into something bigger,” said Prof. Klein, who founded the program. “A new collaborative Global Reporting Program is part of that plan.”

The GRP is modeled loosely on the successful News21 initiative out of the Walter Cronkite School of Journalism at Arizona State University, which has afforded 500 students throughout North America the opportunity to work together on enterprise reporting projects in the United States. News21 was established by grants from the Carnegie Corporation and the Knight Foundation. “The GRP is looking for funding to endow a similar student collaboration, on a global scale,” said Prof. Klein. The GRP would be part of the Global Reporting Centre, a new non-profit journalism organization based at UBC which is focused on innovating global journalism.

About the Global Reporting Centre
The Global Reporting Centre (GRC) is a nonprofit organization dedicated to highlighting important neglected stories around the world and advancing norms and practices of global reporting. By collaborating with leading reporters, scholars, and media organizations, the GRC spearheads innovative ways of producing solutions-oriented journalism.

The center has grown out of the successful International Reporting Program at the University of British Columbia, which trains graduate students in global reporting. Responding to the increasing need for thoughtful and engaging reporting around the world, GRC journalists work alongside local stakeholders and spend the time needed to do deep reporting on complex global issues.