Radio Active believes in the power of partnerships and, networks with Government departments, NGOs and institutions, social workers and students to be a part of change collectively.

AAWAAZ, a campaign to celebrate women writers in South Asian Languages was launched on International Women's Day 8 March 2018 by Radio Active 90.4 Mhz. Over the years, while English women writers have found their space in mainstream discourses, women writers from the South Asian Languages have largely been neglected. This month-long campaign became a platform to talk, share and discuss the lives of these women writers and how their work has enriched our lives. The campaign had listeners sharing recordings of excerpts from the writing of their favorite women writers and talking about how their work had influenced them. Listeners from across the country contributed with readings in Kannada, Tamil, Telugu, Malayalam, Tulu, Marathi, Hindi, Punjabi, Urdu, and so on. The works of writers like Ishmat Chugtai, Kamala Das, Leela Majumdar, C S Lakshmi, Amrita Pritam, Shivashankari, Savatri Bai Phule, Deepa Nishanth, and so on were shared and discussed. The listeners also spoke about how the lives of these writers and their work had shaped their own lives. These recordings were played on-air and actively shared on our social media pages on Facebook and Twitter. As a part of the campaign, an evening of reading and music was also curated at the Radio Active office. About fifteen readers from different languages including Hindi, Marathi, Tulu, Manipuri, etc were part of the participants who read out passages from their favorite authors and discussed their writing and life. This was followed by a performance by Carnatic musician Balakrishnan Raghavan. He shared poems from the Buddhist Canon in Pali, Bhakti poems in Tamil and Braj, Kannada, and Telugu poems of the Devadasis and the Yellama Cult.    more ...

As an effort to build a national conversation on air pollution and policy solutions to fight it, Radio Active CR 90.4 MHz, in partnership with Co Media Lab and Let Me Breathe (LMB) organized an interactive Twitter event titled - #AirPollution – Looking Beyond Delhi (A Tweetathon on Nation-wide Policy Solutions). Organized on February 5th, from 3 pm to 4 pm, the tweet session invited opinions from the general public on whether the conversation around air pollution in India is too focused on Delhi and the NCR region, and if there is a pressing need to expand the focus. Geared specifically towards pushing for policy changes both at the central and state level, the conversation revealed lists and links to reports on Indian cities with critically bad air quality. The chat posed questions on the need to penalize waste burning in all cities and towns; the need for meters and other paraphernalia to get real-time data on pollution; following some international examples, say from Seoul in South Korea, which have announced free public transport to reduce the number of vehicles on the roads; and the need to develop and promote electric.    more ...

Breaking the Silence and Shame Free: Campaign on Menstruation 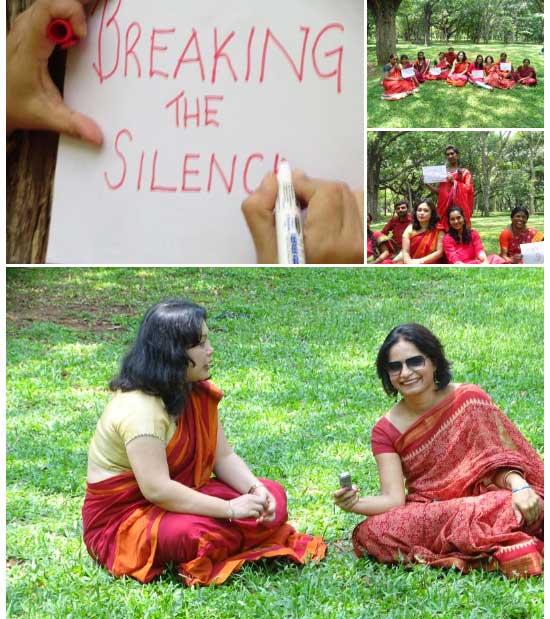 Radio Active’s earlier campaign Shame Free, will now merge with Breaking the Silence and run a series of programs, outreach, discussions. In addition to documenting culture, traditions and songs

Ensuring the Right to Education through radio and much more…
The Right to Education Act, 2009 was finally implemented in Karnataka in April, 2010. However, even after the implementation of the act and the guidelines given to different schools in and around the state, the act did not translate into action which ensured that children in the age group of 6-14 years received free and compulsory education in private and government schools, where 25% of seats were reserved for children belonging to the lower income groups.

Due this gap, the program committee and listeners of Radio Active felt the need to start a radio campaign on awareness regarding the RTE act. The series on RTE awareness kick started in July 2012 with focus on School Development Management Committee (SDMC).

In July 2012, following the proposal of the Program Committee and listeners and community feedback, the station launched a daily show, Shiskshanna Idu Nanna Hakku focusing on the RTE Act. The show aims at creating more awareness about RTE amongst listeners through interviews, opinions, ground realities, etc. On 18 August 2012, observing the lapse in the implementation of RTE across Karnataka, various NGOs and Radio Active came together to form Right to Education Task Force. RTE Task Force also includes parents, teachers, retired government officials and children with an aim to create more awareness and intervention.

Shiskshanna Idu Nanna Hakku has been a widely accepted program and listeners have responded and given their feedback. The series ran for one year.

Objectives of the Project: 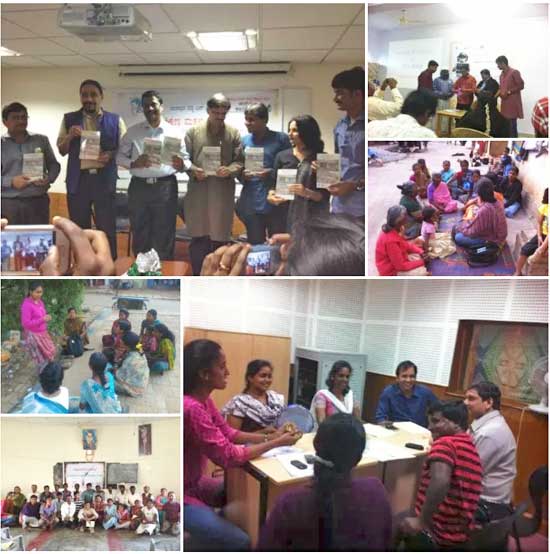 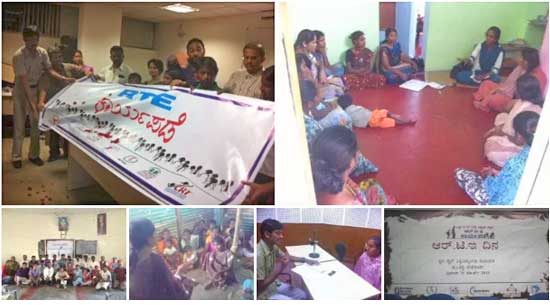 Towards Universalisation of Pension
Several organizations came together to collectively campaign on the need for the Universalisation of Pension. The struggle which was initiated in Pune and in New Delhi, saw the formation of a Karnataka Chapter. A Pension Parshad was held from May 7-11, 2012 that highlighted the present situation and need for the universalisation of pension. Such universalisation would ensure support to elderly population of over eight million, who are left out of the present pension scheme/s. It also focused on creating easy access to pension for the same. As a part of the campaign, through a daily radio program, Radio Active collected life stories of individuals receiving no pension to create a repository to present the case to the government.

Objectives of the Campaign: 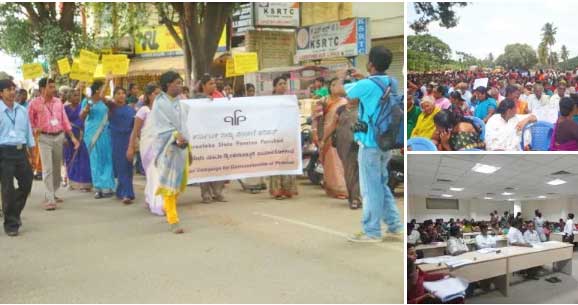 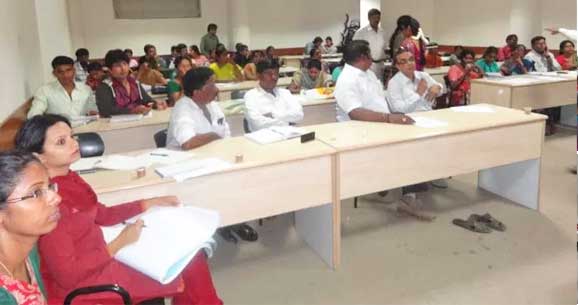 This campaign ran for one year in 2011, in partnership with CIVIC, an NGO working on civic issues. Following a series of interviews/ vov-pox in JJR Nagar, Srirampura, Magadi Road and Dasarahalli on the following


On 3rd July 2011, a public sensitization workshop was held at JJR Nagar. Ms. Kathyayini and Mr. Rammurthy from CIVIC briefed the public on the Citizen’s charter. Over 600 residents participated in the program, by registering complaints , issues and problems.

The radio series that followed covered the following topics 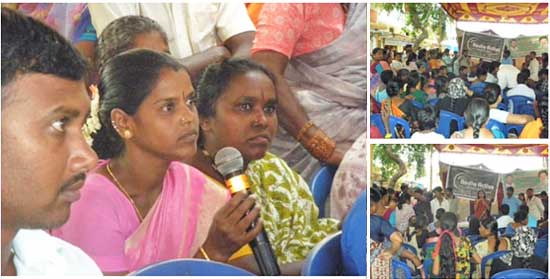