Radio Active launched and aired the radio series, Jeevana Jopana, from October 2013 to March 2014. The series was part of the fourth phase of The Axshya Community Radio Project initiated in 2010 by REACH, a Chennai-based non-profit organization. The intervention project aims to fight against TB by improving awareness and understanding of the disease, expanding awareness about locally available TB services, increasing accountability of service providers, linking patients to appropriate diagnosis and treatment, and empowering communities through innovative radio programming (http://reachtbnetwork.org/community-radio/). This phase facilitated 10 community radio stations from across the country, including Radio Active, to air a 12-episode awareness series and to organize a minimum of four community meetings to initiate discussion on TB, and to gather feedback for the radio program. As a part of the project, Radio Active aired 12 episodes of the radio series, Jeevana Jopana, on Tuberculosis care and control. The series was on air again from January 2014 and concluded on March 24, 2014. Radio Active also conducted five community meetings with domestic workers, waste pickers, SHG groups, etc. The series also included a radio serial that focused on the various social aspects of TB such as stigma and discrimination and the lack of initiative in its diagnosis. The radio serial from all the twelve episodes was combined and aired as a 2-hour special program based on feedback from the listeners. 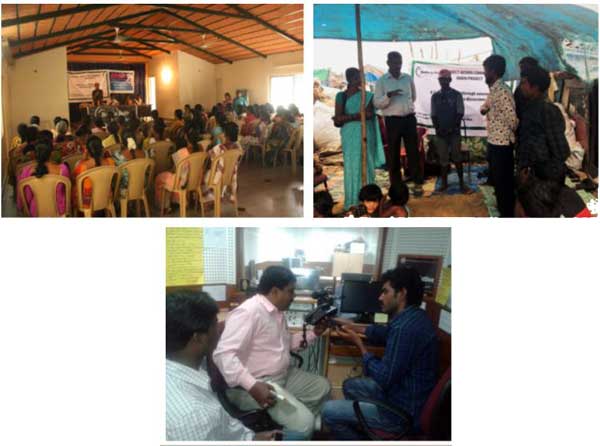