Radio Mathematics Survey was conducted from June 27th – 29th at Jayanagar. The effort involved interviewing domestic workers, most of them women, based on a set questionnaire that aimed to find out about their awareness of general mathematics used in everyday life. Of the 1,020 women interviewed, Keerthana interacted with 100. A student of Jain University’s B.A. (OPJ) program, she wishes to pursue journalism in the future and be involved in more awareness-building activities akin to the survey. "This was one of the best experiences I have had so far. I am Kannadiga, but during the survey, I realized that the kind of mixed Kannada we speak every day won’t do here! We had to speak better Kannada and had to specifically explain the maths concepts in it."

The survey was conducted by 17 interns while the data-entry was accomplished by 13 more, all students selected from Jain University. The effort undoubtedly created many memories and led to many unique observations by the students. "Most of the women didn’t immediately understand the calculations involved," says Keerthana. "Some of them were initially uncomfortable with the idea of answering the questions, but we talked to them and built a rapport. It was a learning experience for all of us as well."

The participating women may have been unaware of mathematical concepts and theories, but they are all accomplished budget-makers. "They are mothers and they run their homes, so they use maths in their day-to-day activities. But they have no idea about calculators! They prefer mental calculations or putting numbers down on paper," recalls Keerthana. "When we would ask them about monthly income, say, they would often give their entire household’s income. We had to specify that we wanted to know their earnings and not their husbands'!" she laughs.

The domestic workers, a lot of them mothers, found the survey enlightening. "They expressed that it will help them understand day-to-day maths better and inspire their children to apply more of it in their lives," Keerthana recalls. 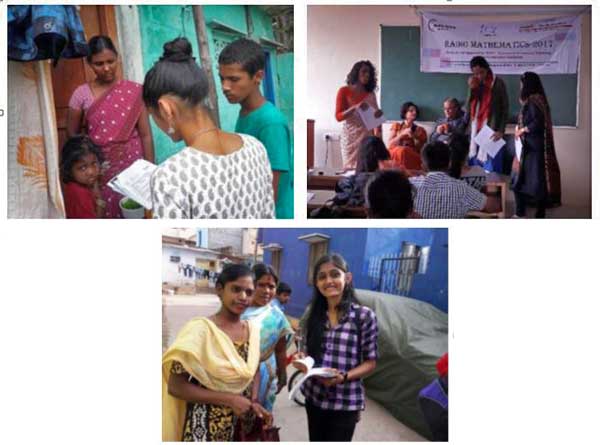