Radio Active CR 90.4 MHz, was awarded the Radio Mathematics project by the National Council for Science and Technology Council (NCSTC), Department of Science & Technology, Government of India in September 2014.

Mathematics, the word conjures emotions of terror and can become quite a phobia, but in our journey of 180 episodes, we have realized that Mathematics can be fun only if we let it just be. Fractions constituted as a piece of your favorite chocolate cake, Pythagoras as you’re friendly uncle, who takes his time out, to teach you his ever-famous theorems, or any other story which takes your fancy. But these are just semantics. For a domestic worker, equations or theorems might mean nothing, when they are cheated out of their share. The rise and fall of the senses or the notes in music, everything is mathematically harmonized if we may say so. To the greatest thinkers of our time, mathematics probably resembled those musical notes.

In the span of 180 episodes, there was one thing that was common to all, and that was “growth”. With each step towards knowledge, the protagonist Arya was able to shed her inhibitions that came with circumstances at home and as she grew, realized that the only strength she would ever need was her education. From the braiding of her hair to the tying of her shoelaces, Arya was able to secure the fact those mathematics was going to be an inevitable part of her and her family’s life and she could not just be a bystander but an active participant. 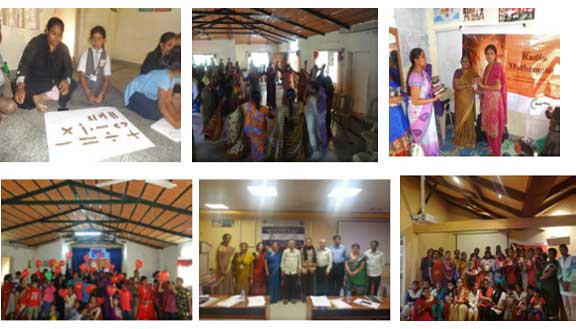