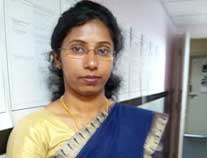 Padma Priya has ten plus years of work experience as an RJ and senior program coordinator. Padma Priya’s tryst with media began when she joined the PG Mass Communication Department of Jain University in 2007. In October 2007, Radio Active has sanctioned the DST project titled Science for Women’s Health. As part of the project, she did a Baseline Survey, working with slum dwellers in program production. From there on she pledged for the cause of community radio.

As part of the outreach activities at the station, she worked in creating awareness on domestic violence, PDS awareness, health, and hygiene for three consequent years. She has also given her huge contribution in the fields of awareness of different government campaigns to name a few PDS, Sakala, Pension, BALE, One billion rising, etc. In the Waste Management sector, she focused on providing training to waste pickers.

She has worked for raising awareness on health and mental health concerns. ‘Active Health’, hosted by her, has been one of the longest-running shows at Radio Active and continues to find high listenership both on-air and online. ‘Mano Charchae’ is a radio show that breaks down mental health issues and topics to make symptoms, treatment, and support more understandable and stigma-free. She led a special series titled ‘Nayonika Abhignanam’ that raised critical awareness on issues of eye care and health. In her early career, which started in 2008, she produced multiple shows on issues ranging from the public distribution system, pension schemes, and social schemes, to environmental concerns. Through ‘Active Women’, she has chronicled the life stories of many incredible achievers from the city. RJ Padma Priya also headed a collaborative series titled ‘Toilet Talk’ on Bengaluru’s Community Toilets, which included a collection of case studies, personal testimonies, production of radio shows, and a consultation with stakeholders and experts. She strategized a focus on the typical problems that women in areas with community toilets face because of the lack of focus on community sanitation. The final report released made recommendations to change the existent ecosystem of neglect about the subject.

With over a decade of experience in her corner, RJ Padma Priya is one of the senior community media persons in the country and has led presentations and workshops on using community radio as a medium to raise awareness about mental health topics. 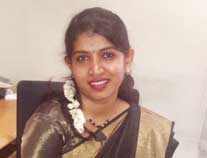 Vijaya worked at Namma Dhwani before she decided to move to explore life in the city. Shy and unsure, Vijaya soon found her way when she volunteered to teach the kids of the construction workers during day time and work with the women in the evenings in making radio programmes for Radio Active. The project ‘Building Blocks’ paved the way for Vijaya to metamorphose and she now plays a lead role in program coordination and community mobilization. In 2009, she headed the PDS- Public distribution system program. As a part of program, she conducted surveys on the availability of ration cards among the residents of the J R Nagar. She has also been a part of few environmental programs. She is a recipient of the ‘Active woman award’, presented by an NGO. She launched a program ‘Kanasina Mane’ in collaboration with several NGOs which featured workshops on radio programming.

She was one of the trainers in Powrakarmika and waste pickers program, which trained over hundreds of waste pickers on segregation of dry and wet waste. She also collaborated in conducting surveys of the lands of Mavallipura and launched a program "Vyartha Bhoomi", featuring stories of residents of the area. Last year, she launched a cooking show which featured recipes of food of different communities. 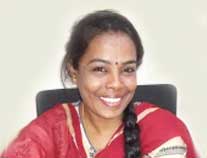 Usha, has over 20 years experience in the developmental sector. She started off working with APD in , as a “Community Health Trainer” and worked there for over 12 years. She then took a break and started off working with Radio Active to lead the Samartha Project in 2014. The project had two components mobilize waste-pickers in Bangalore- East Zone to form collectives and to assist in training over 400 waste-pickers, in addition to coordinating the production of “Kasa Shramika Parisara Rakshka”, the daily show produced by waste-pickers. In 2015, she assisted in Recycler Mapping of Nayandahalli. Also, she hosted a program which featured information and stories of and from the dry waste collection centers (DWCC) which fell under the banner of Hasiru dala. 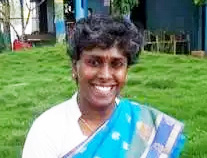 Akkai, a male to female trans- woman and gender activists has over a decade of experience in the developmental sector.

Born a male in a middle-class family, she had to discontinue her studies, after Grade 10, due to discrimination based on gender. She took to sex work to make ends meet and in 2004 joined Sangama (an organization working on transgender rights), as a part time staff member to educate the sexual minority community members about their rights at cruising areas. She was the promoted as a community Mobilizer and was soon promoted as a Field Supervisor. During that time, she also worked on issues concerning Right to Health and Right to access Condom and other services.

She was also part of the discussion on rape law, at the Justice Verma Committee constituted for the Nirbhaya Gang rape case. In 2013, she joined Radio Active CR 90.4 MHz, a community radio station, licensed to Jain University to head the project “Out of Shadows”. The project was aimed at Strengthening Advocacy Activities for Gender, Sexual Minorities & Sex Workers. Following a year of field work, in 2014, she co-founded Ondede (which mean convergence in Kannada), to link the different movements like Child Rights, Women’s Rights and Sexual Minorities Rights through areas of dialogue, research and action on dignity-voice – sexuality with the dream of pursuing her vision for a gender just world. Ondede at present is supported by Radio Active and will soon be registered as an independent entity. In 2015, she became the first transgender to be awarded the Karnataka Rajotsva Award.

In her free time, Akkai practices singing and has recorded Lakshmi stuti- Bhagyada Lakshmi Baramma ( a Kannada prayer dedicated to the goddess Lakshmi ) for the album- Songs of Caravan and for the popular show Jeeva Diary – Rethinking Perspectives: Queer Issues, Views and Stories” on the life of Uma on Radio Active. 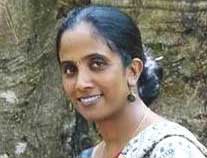 As the first employee of Radio Active when it was established in 2007, Ramya has had a unique view of this station’s activities and growth. At the station, she is involved in documentation of the station's activities, coordination of volunteers, designing communication and promotional materials, in addition to handling and managing the technical set-up of the station.

Ramya co-assisted in the production of the ‘Active Women’ series in 2008 which has nominated for the Radio Duniya Awards 2008. Ramya was also a representative member of the RTE Task Force from the station. The activities of the Task Force included the production of radio programs, creating awareness, policy advocacy, and documentation. As part of the Task Force, she also had the opportunity to work on the design and documentation of the India Literacy Project on the implementation of the RTE Task Force chapters in Gulbarga and Chikkabalapura. She has also worked on other projects like assisting students from Jain University on the National Entrepreneurship Network's E-week event in 2010 on the Aerobic Rice Plantation in Kolar.

Ramya volunteered to work on the Radio Mathematics project awarded to the station by the Department of Science and Technology, Ministry of Science and Technology, Government of India, as the Principal Investigator. This project involves the production of 180 episodes of radio series and conducting outreach activities. In 2014, when One World Foundation invited applications for Community Radio Facilitation Centre's internship program, Ramya applied and was selected for a four-day seminar that focused on Community Radio licensing procedures and steps involved. Following the program, she was certified to assist potential applicants. Ramya has also participated in the Baseline and Capacity Building workshop for the Planet Earth project at MOP, Chennai.

Ramya is a LEAD fellow selected for the 17th batch of Leadership Building Cohort program around the central theme ‘Leadership for Mainstreaming Conservation & Climate change Adaptation in Development planning and practices’ with Lead India.

Over the years, Ramya has taken on a wider communications role, including the management of Radio Active’s social media pages and keeping up blog updates. Her work is critical to ensuring the amplification of the station’s Kannada programming.